I purchased one of these units about a decade ago for my guest house. It worked well until one day this winter. The boiler would not fire and the red neon light (third from the left and marked with a fan symbol) would flash continuously. Twisting the function dial to "reset" did not solve the problem.

There is no Baxi-Luna dealer here in Santa Fe, NM, or anywhere in the Southwest, and the North American distributor, Marathon International in Canada, was of no help.

After studying the manual and searching on the web (which turned up almost nothing of value) I did some troubleshooting. This fan/flue fault is supposed to occur because the unit senses that there is an obstructed flue -- some kind of blockage or constriction. Since that could lead to incomplete combustion and the production of deadly carbon monoxide, a safety feature keeps the boiler from igniting.

I went outside and looked down the flue with a flashlight and found no obvious obstruction. So I removed the enamel-painted cover of the unit and then the second, sheet metal cover. After puzzling over the insides for a few hours, I removed the elbow joint (near the top of the unit and above the electric fan), which is connected to two plastic pressure-sensing tubes. 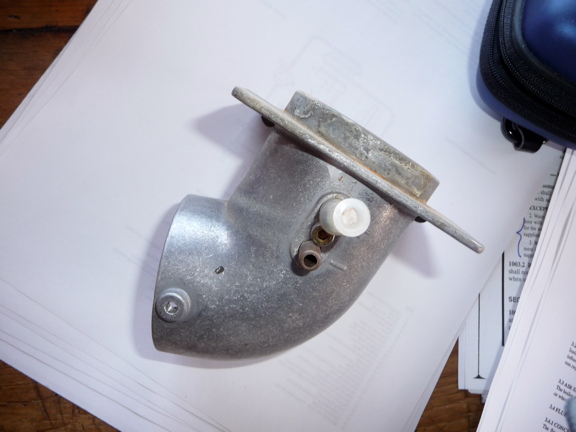 Inside the elbow is a small brown plastic part called a venturi. I held it to the light and saw inside what appeared to be a fuzz of tiny white fibers. To clean it out, I poked a Q-tip into the hole and a spider came running out. 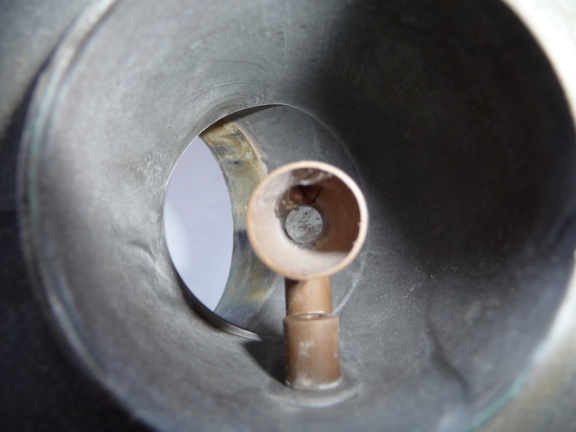 I replaced the elbow joint and the boiler fired up just as it should.

If I had followed the advice I found on the web, I would have purchased a new pressure sensor, and (when that didn't work) a computer board, which also would not have solved the problem. It was one little spider that brought the whole system down. If I had been away traveling and had not noticed the problem, it could have resulted in the freezing and bursting of the pipes in the radiant floor heating system.

I'm glad for the safety feature, but I wonder if it is overly sensitive. A few months later the problem recurred, and again there was a tiny spider web inside the venturi.

After taking apart the unit, I am impressed with the quality of construction. But I am disappointed by the impossibility of finding a repair technician and at the unresponsiveness of Marathon International. At least I now know how to fix this problem myself.

Here is a photo sent to me by another Baxi Luna owner who discovered exactly the same problem. 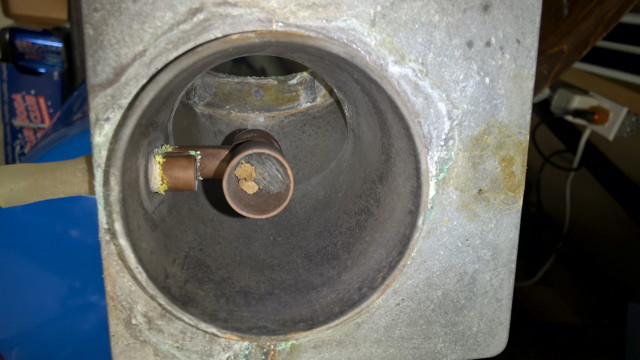